skip to main | skip to sidebar

THE PAST IS THE PAST. Our life experiences are not meant to paralyze us, but sometimes they do. Sometimes we dwell on the past and cannot leave it behind.  You cannot change the past, however, you CAN release the emotional charge a particular memory or event holds for you allowing you to change your perception of an event. The result is in your becoming a much stronger, happier individual than if you simply swept the memory under an internal mental rug.
It is not recommended to purposely remove memories, even the painful ones. I think it's unethical.  There is something of value to learn from every experience you have, even the difficult ones. The object is to effectively  detach/distance yourself from  the emotionally charged content to allow for an impartial/neutral review of the target event should you ever need to remember that information for some reason or should there be a message to learn from it.
Challenging experiences teach us what to avoid, what to do differently, what you might say to help someone else if they were in the same situation. Hypnosis helps the individual detach (dissociate) from the memories and have their unconscious examine those memories and extract any useful information and knowledge.  An individual may then keep those lessons and choose to discard the rest. In the future when faced with a particular person or thought from a past emotionally disturbing event you will find that you are surprisingly unaffected by it.
Hypnosis enables you to look at things in a way that is so detached you feel nothing (neutral). This is what facilitates and promotes rapid growth in an individual.  Out of the past emerges a new you.

"I treasure all of the experiences I've had in my life. Each experience in your life was absolutely necessary in order to take you to the next place, and the next, up until this very moment." - Dr. Wayne Dyer

Posted by Eugenia E Karahalias at 9:21 AM 0 comments

MindFULLness ~ Inside and Out

Join us for an EYE-OPENING 2 hour workshop

Learn more about the foods you eat to get the best nutritional value for your body to maintain proper weight. The lecture is followed by a live hypnosis session to reinforce new healthy behaviors (session will be recorded).

Posted by Eugenia E Karahalias at 10:12 AM 1 comments

Love Yourself...Take good care of yourself!

Care best for others by first taking GOOD care of yourself.  Be loving and you will be loveable! Develop the qualities you desire in a partner and you will attract a lover who has them! Love is never outside ourselves; love is within us.   Start by appreciating yourself.  What are you going to do today and from now on to honor and nurture yourself?  It is so important for you to make yourself a priority.  Attend to your body, mind and spirit on a daily basis and you'll have so much more energy for giving to others.  Happy Valentine's Day!

Posted by Eugenia E Karahalias at 9:42 AM 0 comments

The Power of Choice 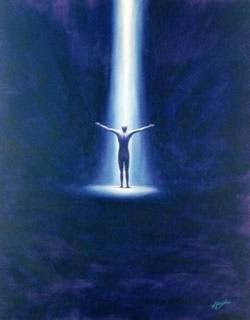 I wanted to share this amazing story with you all.  I could not have conveyed the message to you any better. ~ Eugenia

Thank you for visiting my blog. Do you find yourself repeating the same behaviors over and over again expecting different outcomes? Are you feeling stuck and don't know what to do or which direction to go in? Do your fears run your life? Are limiting beliefs blocking you from reaching your full potential? Feedback is always welcome so feel free to leave a comment or contact me privately.

Eugenia E Karahalias
West Babylon, Long Island, NY, United States
I am a Licensed Clinical Social Worker (LCSW-R), Credentialed Alcoholism and Substance Abuse Counselor (CASAC), Certified Clinical Hypnotherapist (CCH), Eye Movement Desensitization and Reprocessing Specialist (EMDR), Havening Technique, Reiki Master and a Magnified Healing Practitioner / Teacher ~ Phase III. I am all about Personal Growth and Self Empowerment. I ascribe to the philosophy of "Whatever Works" to get someone un-blocked and moving again! I have a myriad of tools in my toolbox to assist my clients with getting un-stuck and to facilitate transformation and growth.